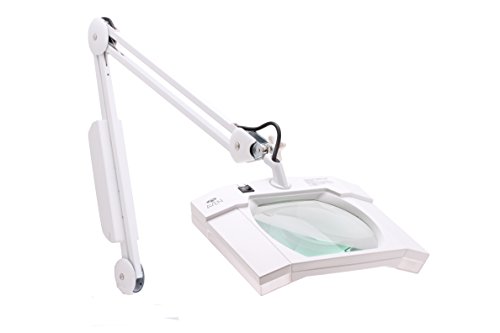 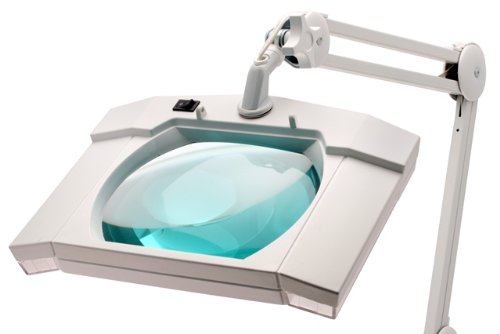 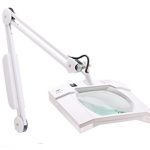 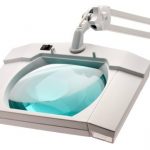 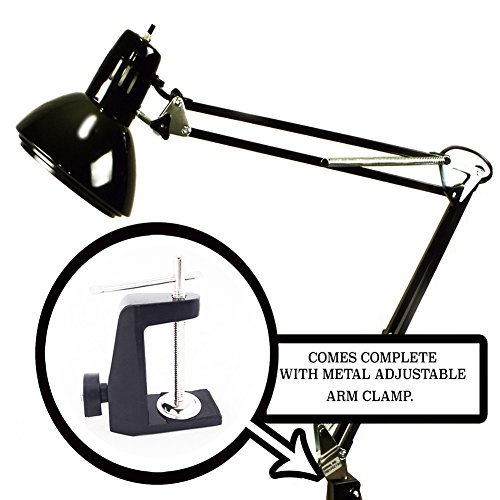 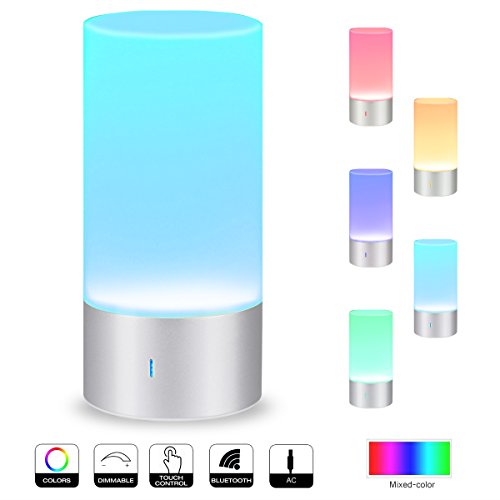 The Aven 26505-LED Mighty Vue magnifying lamp with 80 high-powered LED lights (40 on each side) has a large (7.5 x 6.2 inches [H x W]), clear, 3-diopter glass lens with 1.75X magnification, and a 32-inch, adjustable arm with a mounting clamp. This magnifier enhances the size and resolution of an object or image, and is commonly used for a variety of applications, such as jewelry making, watch making, needlework, artwork, electronic inspection, fly tying, book reading, print inspection, and stamp collecting.

This lighted magnifier features 80 high-powered LED lights (40 on each side) which provide 20,000 hours of high-powered (1,000 lux) illumination to reduce eyestrain, and to control brightness. A clear, 3-diopter glass lens with 1.75x magnification provides distortion-free viewing. The round, monocular lens is surrounded by a lightweight, plastic, protective perimeter. The magnifier has a raised switch on the top of the light to activate lighting. Concealed springs and tension adjustment knobs allow the adjustable arm to securely set in many positions. It comes with a table attachment clamp for mounting. The magnifier weighs 10 lb., and works with a 115V power source. Lightweight plastic housing protects the light. It has a one-year limited warranty against manufacturing defects.

Magnifiers are devices used to enlarge the visual appearance of an object or image. Magnifiers come in a variety of styles such as hand-held, headband, standing, clip-on, eye loupe, and those that hang in a necklace form, or fit in a trouser pocket. Magnifiers are commonly made of plastic or glass. They can have one or more lenses with varying magnification abilities, and can have a binocular configuration with a single lens, or two separate lenses. They are sometimes used with LED or fluorescent light sources to help control viewing capabilities. Magnifier ability is often expressed as magnification at a specific length. For example, 1.75X at 14” means that when a magnifier is held at 14” from a viewer’s eyes, the object will be magnified 1.75 times (X) its actual size. As magnification increases, viewing areas and focal length decrease. Magnifiers sometimes have a diopter number, expressed as + or – D, which is a measurement of strength (or power) of the lens. Some magnifiers are marked with a dioptric number on the lens. A high diopter number has a higher magnification than a low diopter number. Aspheric magnifiers, unlike spheric magnifiers, produce a sharp image to the edge of the lens for less distortion. Magnifiers are widely used in jewelry inspection and fabrication, watch-making, needlework, artwork, fly-tying, electrical inspection, reading, print inspection, and stamp-collecting.

Aven manufactures optical inspection tools, precision tools, and bench accessories for industrial, scientific, and research applications. The company was founded in 1983 and is headquartered in Ann Arbor, MI.

What’s in the Box?