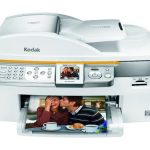 The Mediatrix 4100 Series connects up to 24 analog phones and/or faxes to a broadband modem or LAN. The Mediatrix 4100 Series enables cost-effective VoIP deployments in medium-size branch offices and multi-tenant applications. The Mediatrix 4100 Series has the additional benefit of supporting high compression codecs simultaneously on each analog voice ports, thus saving valuable bandwidth. As all other Mediatrix devices, the 4100 Series provides web interface, giving users a convenient access to the unit for initial set-up. The devices can also auto-provision by fetching their encrypted configuration from a TFTP or HTTP server making installation secure and transparent to the end-users. To further facilitate deployments, factory loaded configurations are possible. In addition, an intelligent PSTN bypass allows Mediatrix 4100 Series users to make emergency calls and maintain their phone service in the event of a power outage or network failure.
Interoperable with equipment from leading industry vendors
Major savings in long-distance and PSTN access fees
Re-use of existing infrastructure such as analog phones and faxes
Compliancy to current legacy standards increases compatibility with actual PBX or Key systems
Access to essential PSTN Emergency calls capabilities even during power outages